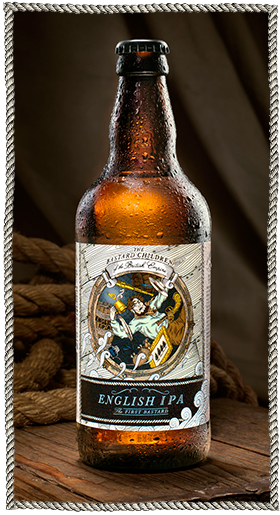 It took a brave man to board a ship in the 1790’s, but it took a smart man to load barrels of beer. The subsequent voyage of English Pale Ale to India was hellish for all on board except this strong, highly-hopped brew crafted to endure such an undertaking. George Hodgson’s Bow Brewery was the nearest to the docks in London & therefore ‘ale of choice’ for the East India Trading Company.