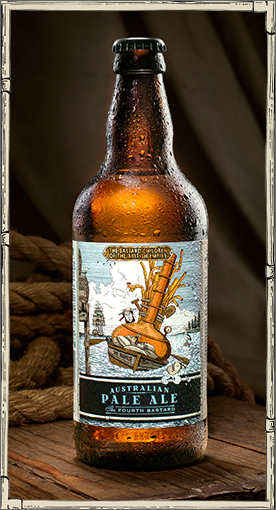 Rum was the currency of Australia at the turn of the 19th Century. Quite literally, it was destroying the settlement. Governor Philip King needed a safer alternative so he asked the British Government to import hops and brewing equipment. When HMS Porpoise finally arrived, so did Australia’s thirst for Pale Ale. However, it was a slow start as the settler struggled to grow the hops in the harsh Australian climate; the first Australian-grown hops were finally cultivated in 1806. From these humble beginnings grew one of the cornerstones of Australia’s rich brewing history.

This brew is straw-like and hazy in appearance, unfiltered and naturally-conditioned for one month in the bottle. Small amounts of carried-over yeast provide a distinctive fruitiness and plenty of vitamin B to help with hangovers in any cases of accidental overconsumption.