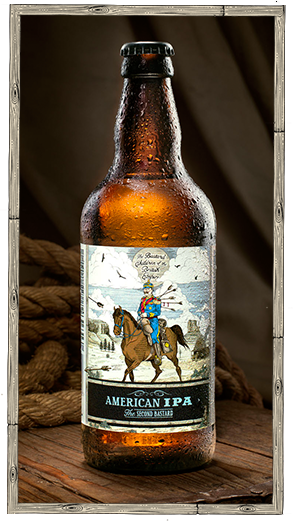 After the War of Independence ended in 1783 America thought they had seen the last of the Poms. Fortunately they soon invaded again – but this time with beer. Tensions arose between German immigrant brewers, who made a weak, watery lager, and the country’s original craft brewers who championed the more flavoursome Pale Ale style. Ever since a beer civil war has raged, a conflict that has seen the Yankee craft brewers strive for bolder, hoppier beers born from that early Pale Ale style.

Boasting a full flavour and resinous musk, this aggressively hopped American IPA has assertive bitterness and distinctively American aromatics of citrus and grapefruit. Unfiltered to maintain the raw, tannic mouthfeel from the hops. Antioxidants galore!